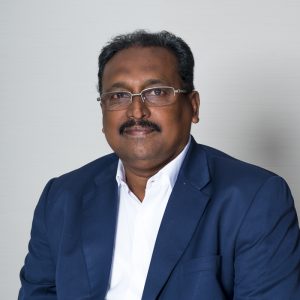 Mr. Shamsudeen Abdul Khareem is a Senior Legal Consultant at Al Kabban & Associates Advocates and Legal Consultants. Shamsudeen has over 20 years of substantial UAE legal experience in practicing construction and compensation law as a specialist in labour claims and civil cases.

He has acted as a key advisor for several UAE and International project sponsors and lenders in various financial and landmark projects. Shamsudeen is a popular legal consultant amongst the Indian community, particularly with the people of Kerala. He has been involved in several landmark compensation claim cases, and is frequently requested for interviews as a legal expert on various Indian radio and television networks.

Shamsudeen has been a distinguished member of the Al Kabban team since 2006, prior to which he worked as an Advocate in India for several major local and international clients.

Admitted as an Advocate in India, Shamsudeen received his LLB from Kerala University in 1992.

He is fluent in English and Malayalam and has a working knowledge of Hindi and Urdu.